Posted at 19:37h in Svalbard by Tor Berge 0 Comments
9 Likes

«Can someone send us a masseur?»

A total whiteout today. Lots of snow, even more headwind and absolutely no visibility. They’ve relied 100 percent on the GPS for navigation and been constantly hungry throughout the day. For the first time of the expedition they’ve had a hard time getting enough nutrition.

The low visibility made them waist lots of energy on poor routes through the terrain and the calorie deficit led to mild fatigue and even hallucinations as they fought their way through the elements. After 10 brutal hours skiing and less than 10km covered, they decided to set up camp and eat, eat and eat.

The colossal dinner worked wonders and they soon regained consciousness. But as they ate, they discovered small white areas on their noses. Even though they’ve used their masks to guard against the extreme cold, it seems like they got the early stages of frost bite. Frostnip, as it’s called, does not permanently damage the skin if treated properly, but they’re consulting proficient help to ensure everything gets done correctly.

A rough and challenging day, but the atmosphere is on top. We’ll get more news from the guys tomorrow, stay tuned! 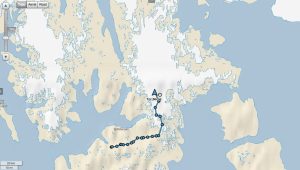 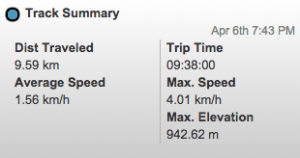