Posted at 13:53h in Uncategorized by Tor Berge 0 Comments
0 Likes

Norexplore recently went to Luster, Ørsta and Geiranger to make preparations and locate future filming locations. Hotel Union Geiranger were kind to offer us a great home base for the trip. As we usually are heading to untouched and remote areas rather than populated tourist attractions, we were positively surprised by Geiranger and its beautiful nature. While the city centre is somewhat crowded during the summer, the mountains around Geiranger are far from crowded. From there you can have some distance to the tourist crowds and you will find spectacular views! 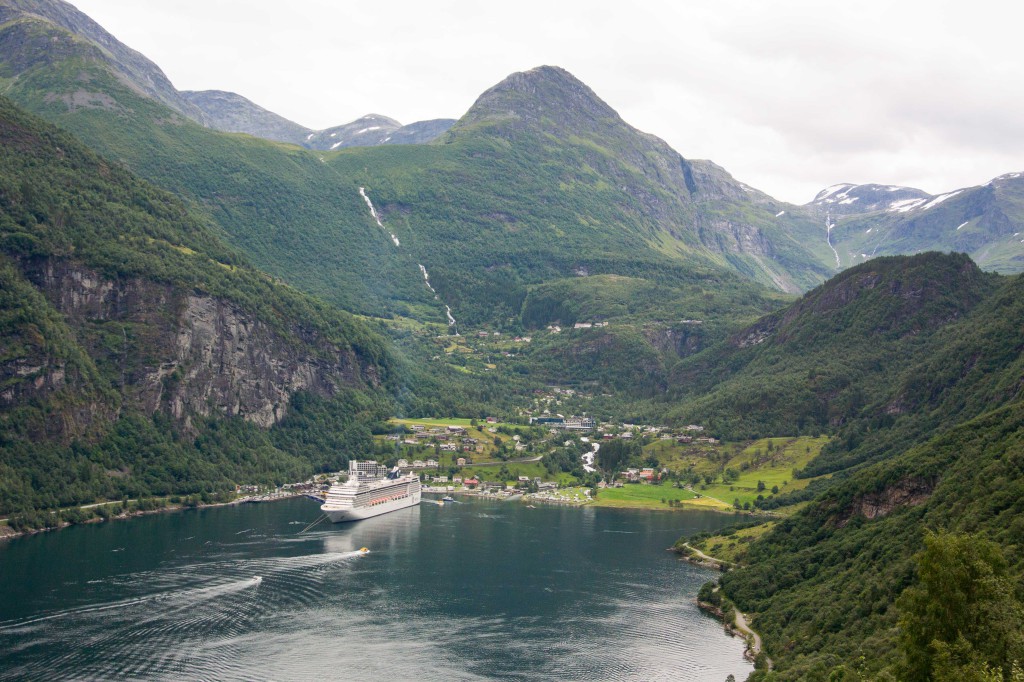 ||
The tourist attraction Geiranger, and we can understand the tourists. 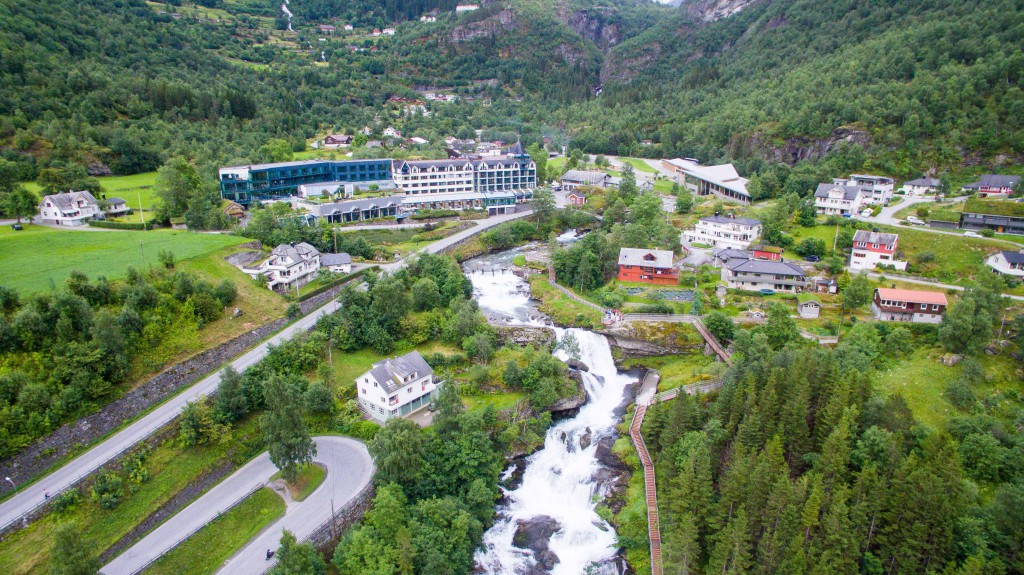 Great surroundings to our stay in Geiranger.

The first day started with a boat trip in Geirangerfjorden. The sky was filled with clouds and it was somewhat rainy, but the views made up for the bad weather. 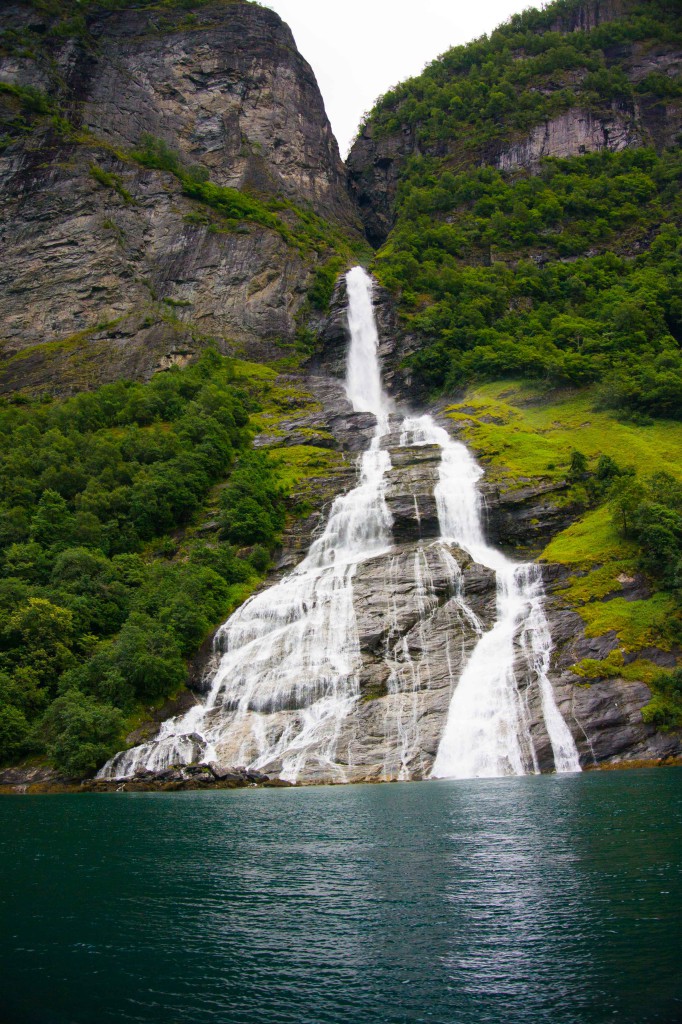 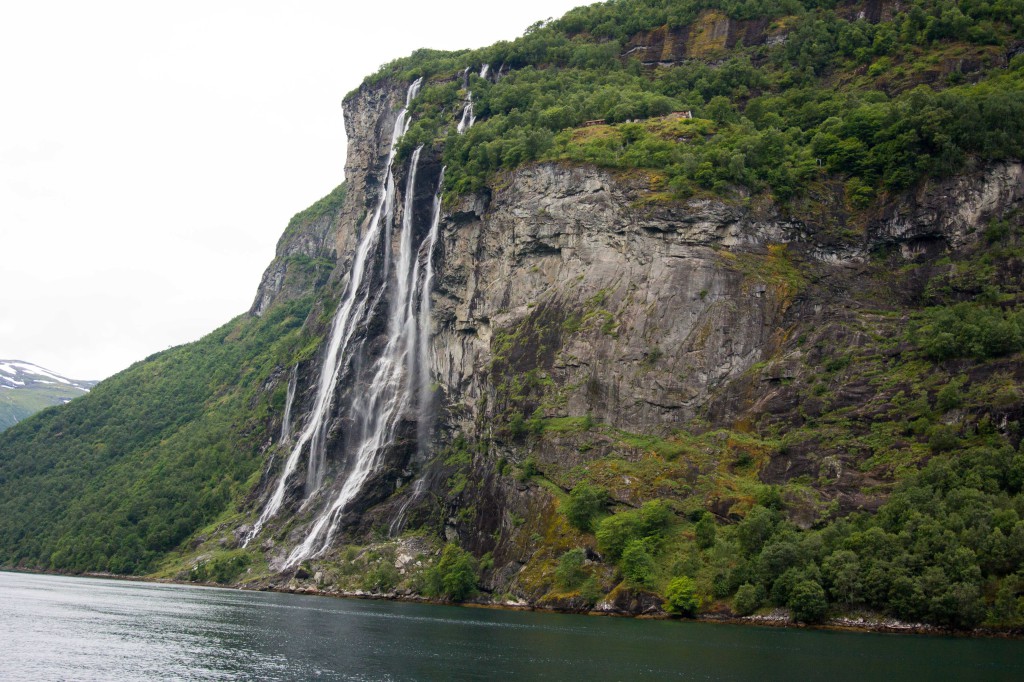 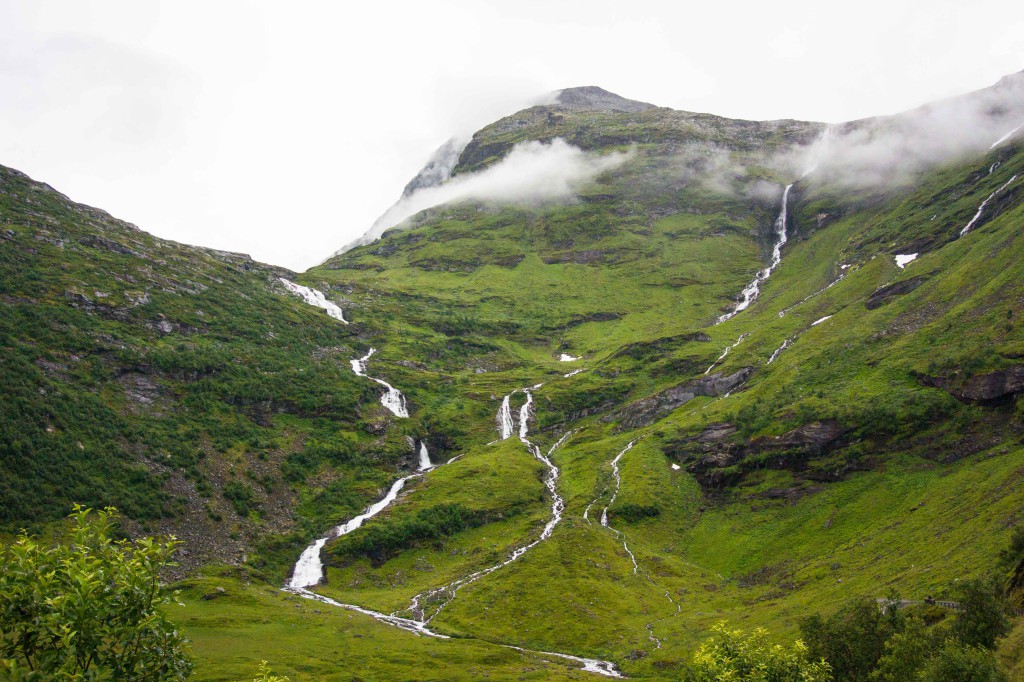 Waterfall by the entrance to Geiranger.

Halfway in our trip, just when we turned around the boat, we got dropped off by an old farm called  Skageflå. To be precisely, the farm was at a cliff about 250 meters above us. The farm was built in the Middle Ages, and they raised more than 125 goats there at its prime. The road up to the farm was steep and dangerous before the government decided to grant money to build a better trail up there. Some say its because the tax collector couldn’t get up there.. 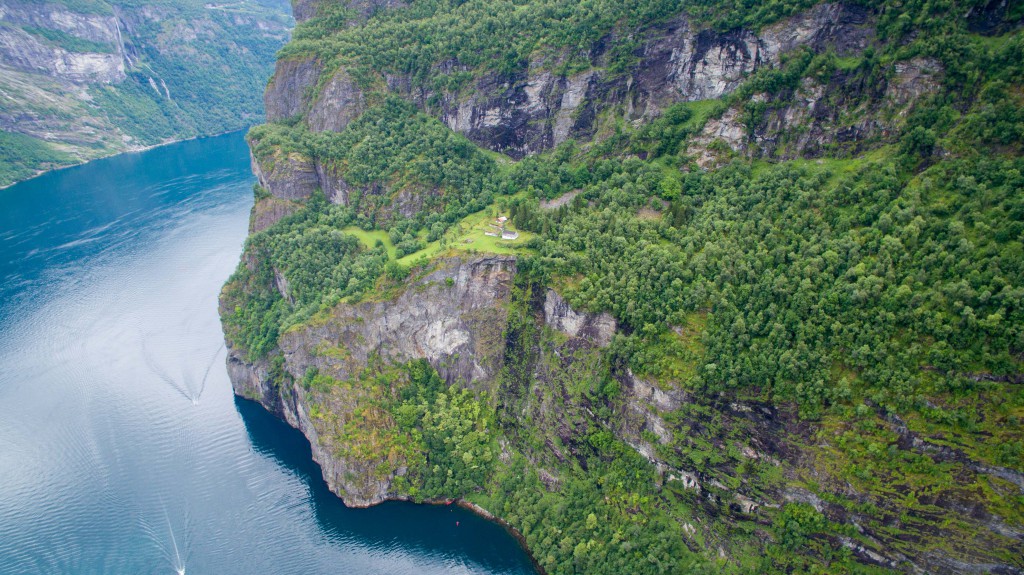 Can you spot the trail up the farm? 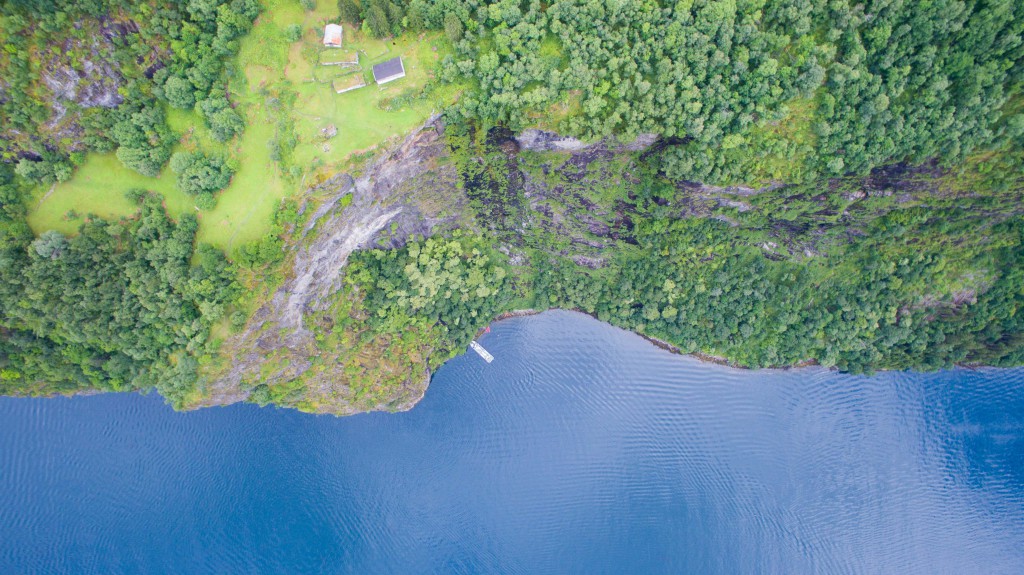 A birds view of the Skageflå farm, with the boat dropping us off. 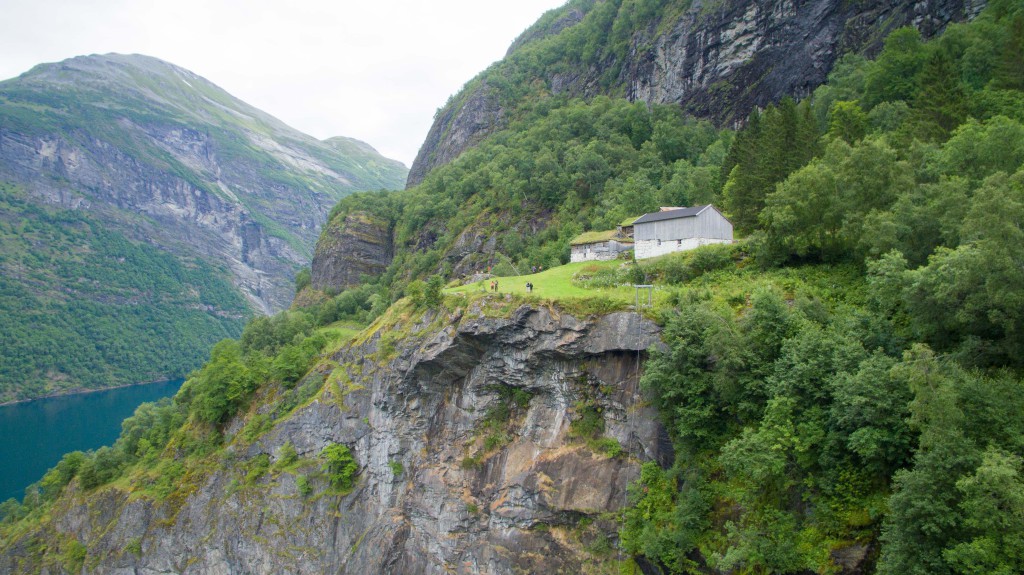 We continued up the mountain from the farm, and continued back to Geiranger centre from there. The trail was fun and spectacular, and we can see why some ambitious tourists choose to walk the trail. As an exmple – We met some guys from Isreal on the way. They had been traveling from Isreal a few days before, with about 35-40 degrees. Their closest neighbor was the desert, and they were wondering if we could send some water to them, as we has so much! Very nice guys! 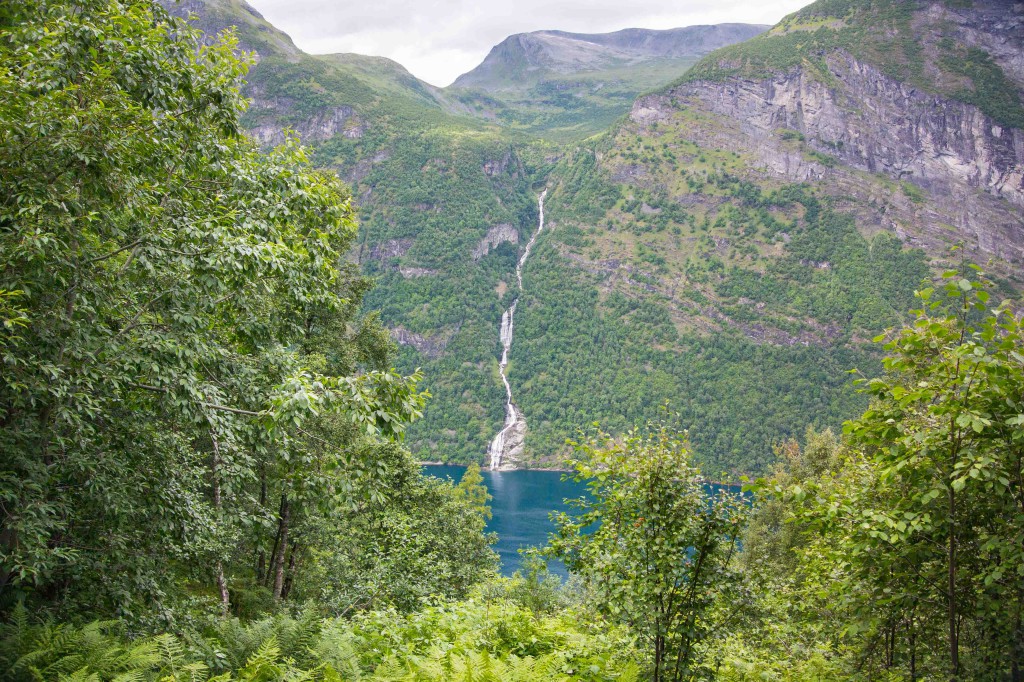 View on the way back towards Geiranger. Waterfalls everywhere. 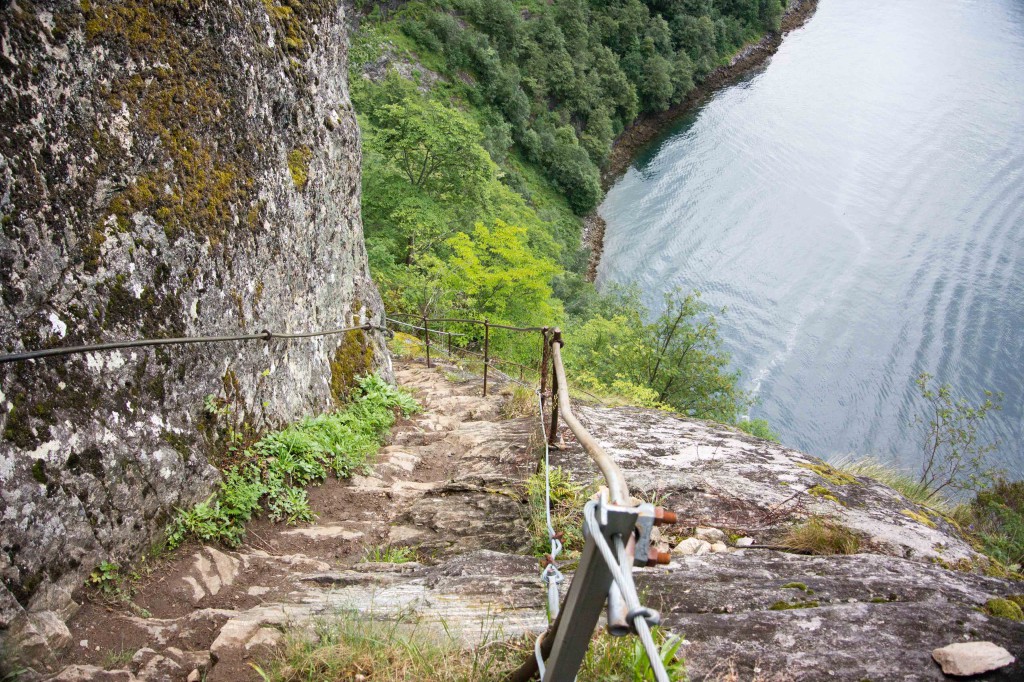 The trail up to Skageflå. 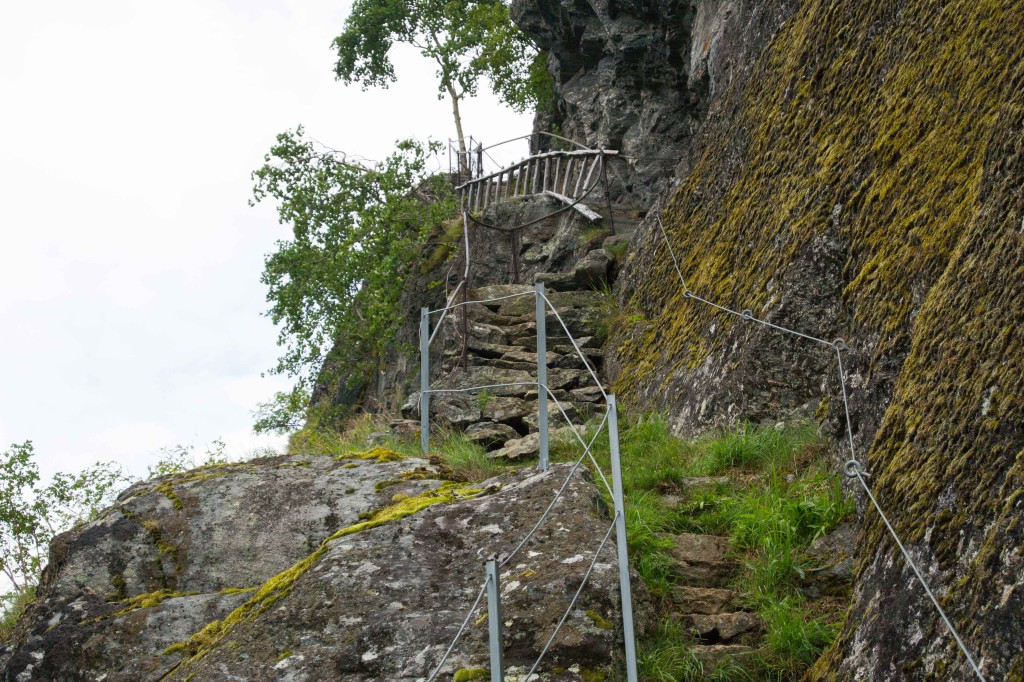 Trail to Skageflå. Steep and fun. 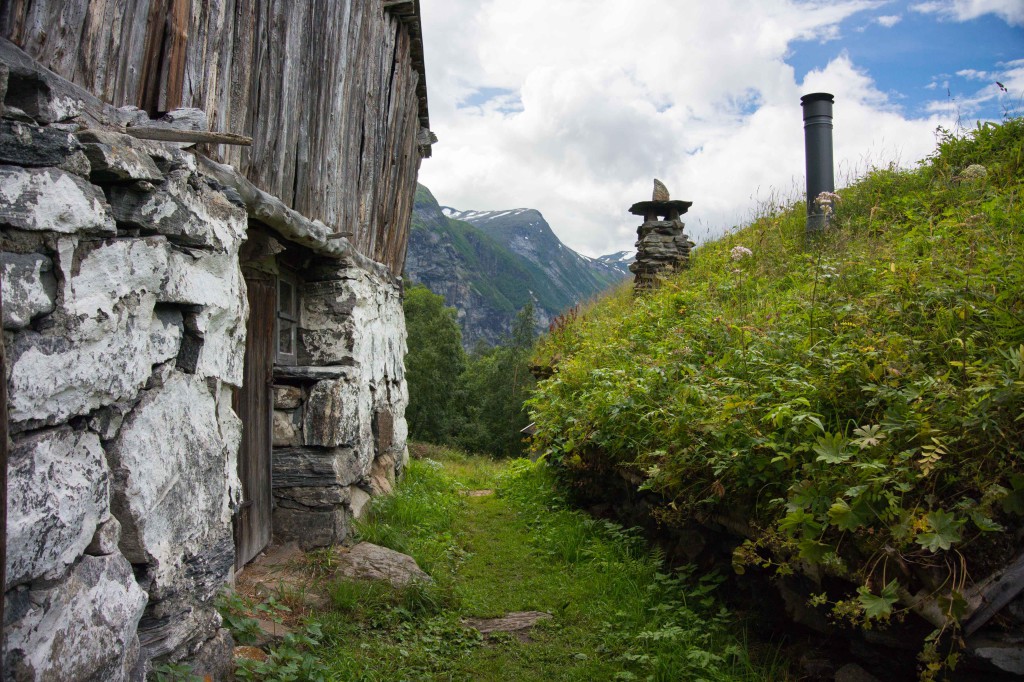 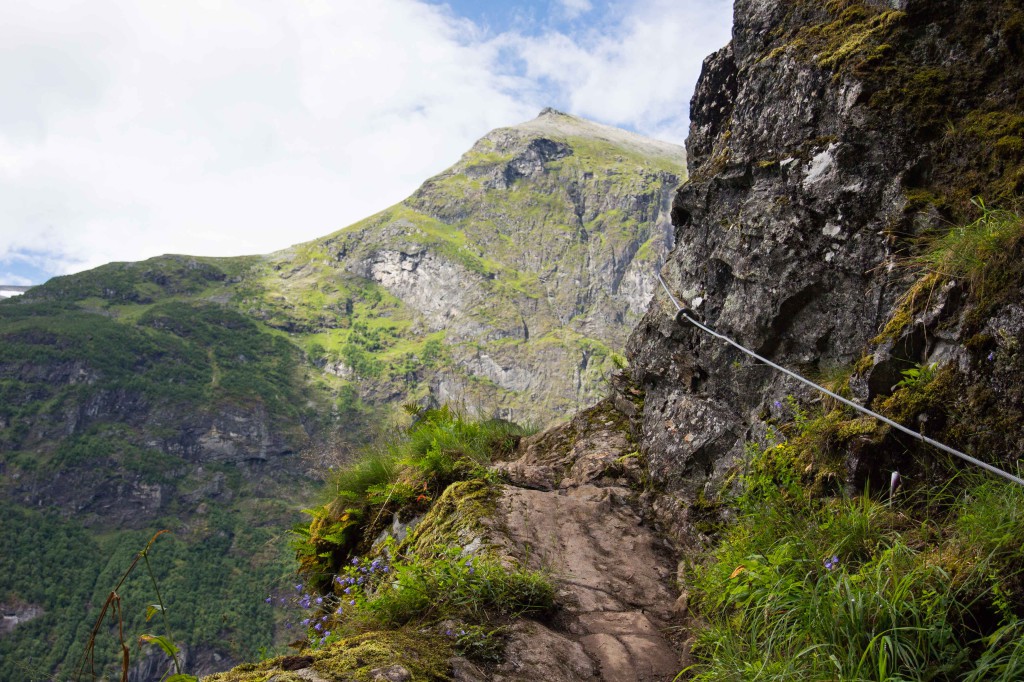 A nice view on the trail above Skageflå, before heading towards Geiranger.

After a nice dinner at the hotel, we headed out for a kayak trip through Geirangerfjorden. It was getting late, so thanks to Active Geiranger (www.activegeiranger.no) to borrow some kayaks late after their closing time. 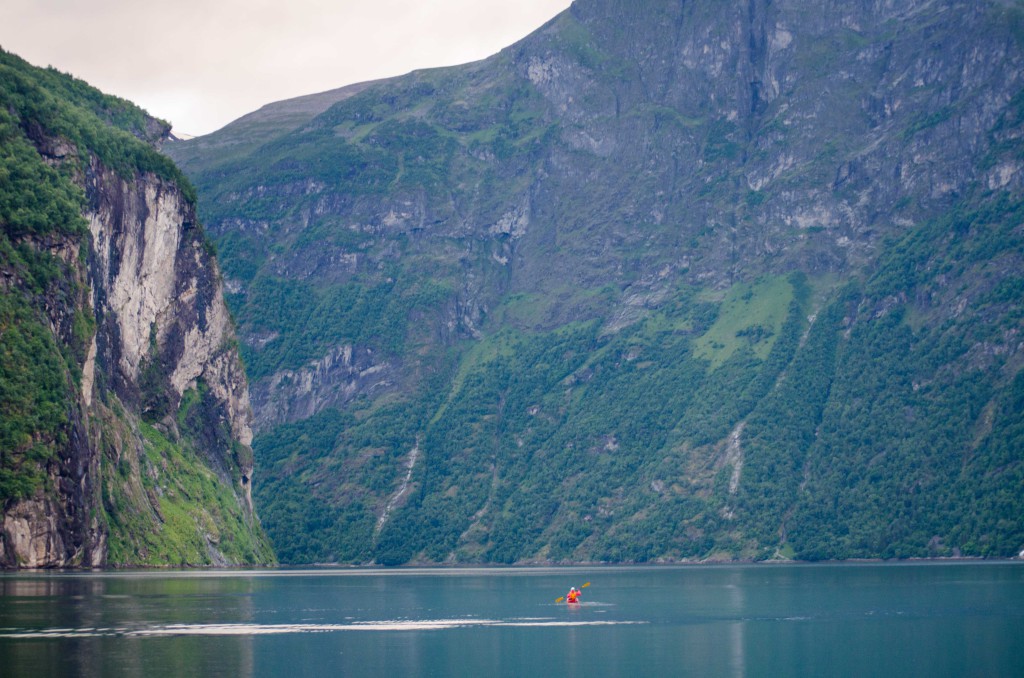 The following two days brought us to Slogen in Ørsta and Nigardsbreen in Luster. More pictures and posts from those trips will follow.